A letter from the founders Mark Jeffery and Guy West -

on the 30th anniversary of Jeffery-West shoes. 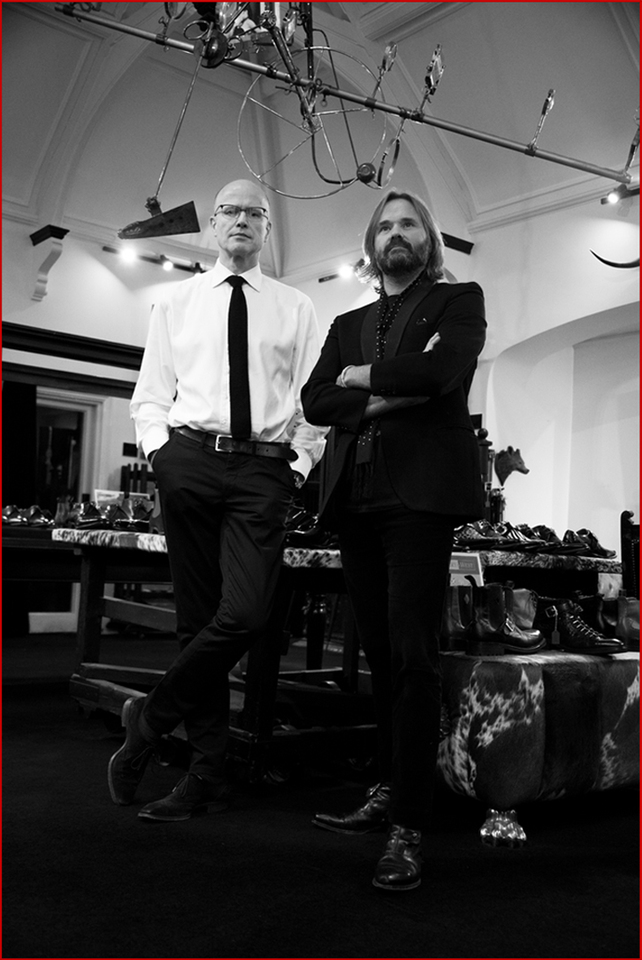 To those often seen on the paths less travelled...

We would like to thank you for all your support over the last 30 years. Jeffery-West started in the heady 80’s when pop culture was king, and the underground met the mainstream in a crash, which brought together music, style, art and club culture. Each creative force fed off the other and it was in this inspiring era that Jeffery-West was born. By taking the traditional shoemaking skills of our hometown of Northampton and using influences of underground culture and the roguish reprobates of the past, we were able to create a footwear brand for gents whose play is as important as their work and whose lives are lived with style, individuality and flair.

Our journey started in 1982, by selling customised shoes from a market stall, then in 1987 Jeffery-West was born. Now 30 years later Jeffery-West shoes can be found in the most stylish shops across the globe and online. Our own shops followed soon after, the first in Northampton, the home of British shoemaking.  The Piccadilly Arcade, London followed soon after, under the ghostly eye of the infamous Dandy - Beau Brummel. Shops in the City of London, Leeds, Manchester and New York followed, all with staff as passionate about Jeffery-West’s louche exoticism as we are.

Thirty years on we are still fiercely independent, and being such we are able to find the very best artisans, factories and craftspeople from the UK and Europe. This enables us to make beautiful footwear using the finest leathers and detailing, sometimes made in such small runs the styles become instantly collectable.

We know you’ve danced on tables in them, made deals in them, got married in them, performed on stage in them, spilled a good claret on them and even climbed mountains in them – yes really! We are extremely proud to have travelled these paths with you, even the ones that seem blurry the morning after. And we genuinely thank you and toast you all with a glass of Winston’s finest, vintage Pol Roger.

Here’s to the next thirty years!