The retrieval of a European craftsman tradition and a typically British atmosphere permeate the new collection designed by Jeffery~West; a collection where contemporary art becomes a source of suggestive inspiration. The English brand turns into experimentation and takes back to a theme so dear to Warhol: serial reproductions. This is why the original ankle-half-boots are characterised by sinuous and tapered lines as well as sequential prints of faces and icons (borrowed from pop art). Sober lines are also featued in the designs - fused with trendy connotations for the most traditional models, and developed with precious leathers; made even more precious by their decorative details and fretwork.

Jeffery-West are to be found in several important museum collections, those include: Victoria and Albert Museum, London; The National Boot and Shoe Museum, Northampton; The Museum of Costume, Bath, and The Royal Shakespeare Theatre Collection, Stratford-upon-Avon, as well as many other private collections across the globe.

Jeffery-West footwear have also been featured in many films, TV shows and theatre productions, to list a few:

Click here to see our influences & our US Press.

Sir Tom Baker presented his Spring/Summer 2016 collection, at the infamous 100 Club, Soho, on Sunday. Featuring some rather renowned Jeffery-West footwear, a salute to the designer's trademark rock 'n' roll/punk influence.

We were thrilled to be featured in the recent June/July 2015 issue of The Chap magazine, presenting one of our latest styles the Dracula-inspired "Renfield" as well introducing an exciting new collaboration...

Jeffery-West was honoured for our Lord Rochester "Dead Airman" Zip Boot to be featured in the V&A Pleasure and Pain footwear exhibition which opened this month.

"...Built upon their latest last, the ‘Morrison’, named after the inescapably charismatic front man of The Doors and poet, Jim Morrison."

Jeffery-West - Finalist at the Drapers Awards 2014

Jeffery-West were proud to be selected as a finalist in the 'Footwear Brand of the Year' category at the prestigious Drapers Footwear Awards 2014. 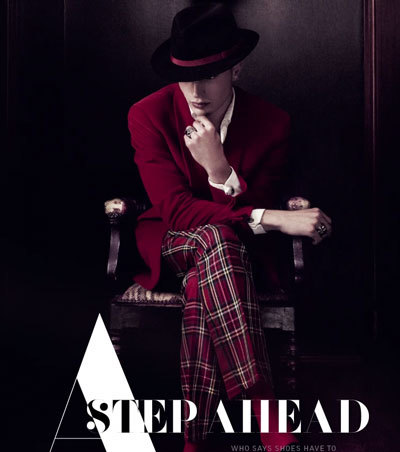 In the latest edition of Square Mile magazine based in the City, London's Financial district, you will find a rather good  interview with our very own Guy West.

Written by the fantastic Mike Gibson it initially explores the early years of the brand and how it has since remained true to its original ethos; "Life is too short to wear boring shoes". Exploring the City store we discover it's flamboyance and decadence, a place of refuge for City workers to shrug off the conservatism of their day to day and indulge in something a little different...if they dare!